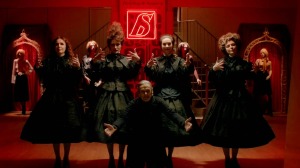 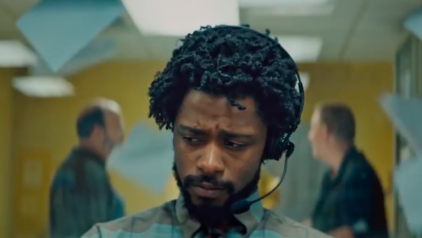 Whitlock: So I know we kind of talked about this a couple of weeks ago, but in between all of my summer travel and crazy day job transition I got to see two movies that focus on the stories and lives of non-white protagonists – Sorry To Bother You and Crazy Rich Asians. They’re wildly different in scope, tone, and focus, but I thought it was really satisfying to see these perspectives told on screen in a way that said “Hey, we have interesting stories to tell that are worth your $16.50 [well, those are average NYC ticket prices]. I think you get CRA across the pond sometime this autumn, but not really sure when you’ll get to see Sorry To Bother You…any release dates for you yet?

Pope: They wised up and bumped CRA up to September (it comes out today), but Sorry to Bother You has had some difficulties. But the breaking news is… (drum roll) it looks as though Universal has picked it up in the UK for distribution later this month:

That’s a big relief, because as recently as last month Riley was stressing the difficulties he was facing:

re: the international distribution of #SorryToBotherYou :

Even tho we'r outperforming a gang of other movies, distributors r claiming "Black movies" dont do well internationally and r treating it as such. There'r films that bombed here, that theyr distributing. Let em know wsup

Now, there was some talk that Black Panther would help put an end to that attitude. Was that naive?