We didn’t want to add to the echo chamber about the cause and tragedy of his death, but given that quite a few of our favorite movies included one Philip Seymour Hoffman, it seemed fitting to each of us to say a few simple words about him. 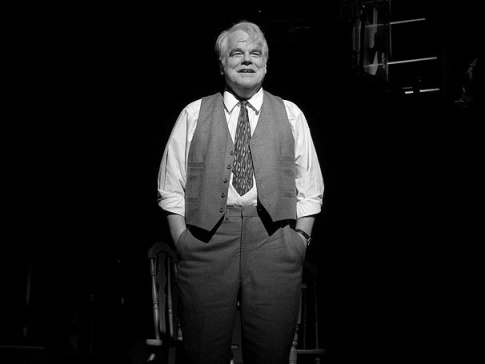 Pope: Of all of Philip Seymour Hoffman’s performances, Before The Devil Knows You’re Dead may be my favourite.  Hoffman’s Andy is a monster of a man, a great study of pathetic, venal, charming, grasping, panicked delusional avarice.  His face increasingly swollen with tight-collared adrenaline, he swings between anguished rants and quiet, desperate hisses of coercion.  Both are directed at his younger brother (Ethan Hawke) as he gradually leans on him to rob their parent’s jewellery store. It’s fascinating to watch those conflicting inclinations chase each other around his slowly reddening features, his eyes alternately dead with nihilism and glinting with desire as the noose begins to tighten.

Elsewhere the movie was very good, but not perfect; some of the editing choices didn’t help it. But that’s the power of the guy’s talent. Everything he was in was worth watching, because you knew you were guaranteed at least one great performance.

Whitlock: I’d go for lighter fare, and suggest that Philip Seymour Hoffman’s role as Scotty J. in Boogie Nights sold me on his versatility. He creates such an awkward character who desperately cleaves to the clueless Dirk Diggler,  hoping for just a bit of something, anything to rub off. The sad humor makes his smaller part stand out amongst a formidable cast.

While on the subject of desperate characters, I’ll cheat, though, and say that Hoffman’s turn as Willy Loman in Death of a Salesman is probably some of the best stage acting I’ve ever seen. I had the good fortune to score rush tickets to one of his performances in Spring 2012, and the exhaustion of Hoffman’s voice and nuanced pauses between movements carried such weight that I can imagine Arthur Miller smiling at his classic character fully realized. It’s one of those plays that I knew well, but I didn’t really feel it until I watched Hoffman.

And that’s it. Rest in peace.