These were the best films I saw in Spring 2019 – if you’d like to know more about the passable, mediocre and terrible films I saw, you can find them here. But let’s accentuate the positive, right?

This is so much better than the first comparable films that come to mind: Rohrwacher’s The Wonders, Martell’s Zama, anything Terry Gilliam has done this century… just very wonderful in its dreamy time-slip evocations.

This sense of being out of time, in fact, comes close to something like The Owl Service, bordering on a kind of Folk Horror, except without the horror.

I need to think more about the politics though, which come a bit close to “Capitalism sucks! I miss… feudalism?” 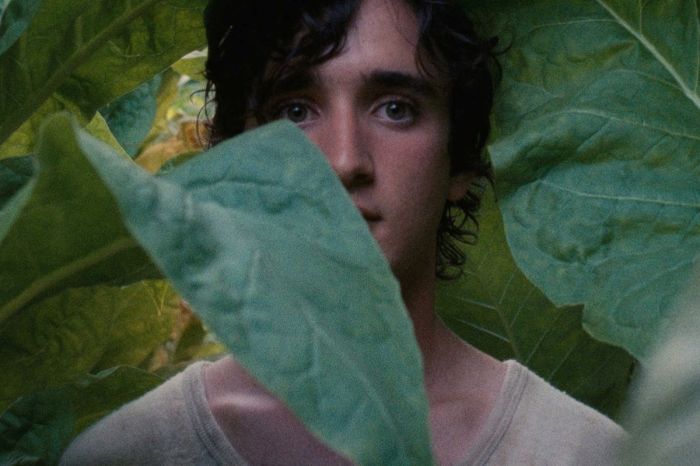 I found this very very hard to watch at times, due to the sheer level of vertigo it induced in me. I had to look away multiple times. But that’s what I’m here for – I love vertigo movies, and have done ever since the mountain climbing scene that opens Star Trek V: The Final Frontier. In a remarkable twist, it’s the same mountain in Free Solo – El Capitan.

It’s interesting to watch Alex Honnald both on and off the rock face. As his mum says, he’s definitely on the spectrum, utterly committed to these endeavors, and feels little to no fear. Seeing some reviews dismissing him as “an asshole”, which… hey, think about how you talk about neuro-atypical people. He is who is is, take it or leave it.

His girlfriend seems nice, so, y’know – whatever the future may hold, if he keeps this up I hope he doesn’t die…

Hong assembles his pieces, plays his games, and then in a brief dialogue-free scene pulls sheer transcendence out of nowhere. Grass seems slight, even compared to some of his other work, but it goes in like a knife. Kim Min-hee’s performance is so subtle that it should be noted: without her, it’s highly unlikely Hon could make this gossamer-thin confection fly at all, but together they manage it.

And on that note… Hong Sang-soo Ranked:

My second Alex Ross Perry, and so much better than Listen Up Philip it’s unreal.

After a great start, the tight focus on Becky Something (Elizabeth Moss) across a small number of long scenes gives a (doubtless deliberate) claustrophobic feel. The first 70% of the movie is Becky in crisis, raging and gurning, and it eventually wore me down almost to the point of boredom, or something like it. But that’s the design – after pummeling you into submission the film picks everything back up again magnificently, and builds to a sublime conclusion.

Moss is wonderful, but Agyness Deyn tops her as her long-suffering friend and bandmate. Deyn, in fact, is the true revelation, and I cant’ wait to see what she does next.