Concluding a look through the first few months of the year… First, here’s a recap of the top 10…

10. A Pigeon Sat On A Branch Reflecting on Existence (B+)

Now here’s number one, the movie I think is the best thing to come out so far in 2015…

… In which Domhnall Gleeson wins a competition and is invited by his ultra-rich tech boss (Oscar Isaac) for an away-week at his modernist forest compound… only to discover he’s there to test Ava (Alicia Vikander), a robot, for signs of consciousness.

But all is not necessarily what it seems, and soon we’re in a mystery thriller of move and counter-move, wondering who exactly is playing who, who is human, and who isn’t. 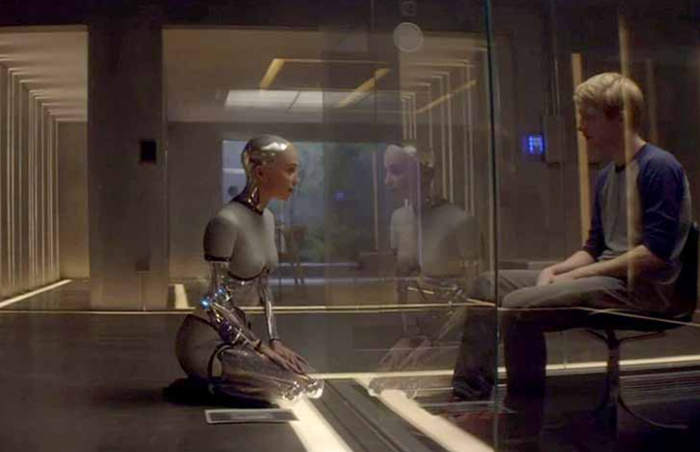 There’s a long history of uncanny machine intelligences in movies, from the fake Maria in Metropolis to HAL 9000 in 2001 to David in Prometheus. All those movies play off different aspects of the robot in different ways.

For me, the two most interesting questions a movie robot can pose are: “is there something behind those eyes, looking back?” and “Does it think like me… like a human?” It might be that the second question is the better one.

Wittgenstein suggested that “If a lion could talk, we could not understood what he said.” It’s at the heart of the Turing test that if an AI were truly conscious, we would have difficulty distinguishing it from a human. But should would a robot think in a way that’s at all comprehendible to us?

Ex Machina takes those ideas and unexpectedly uses them as a jumping off point to explore love. Once we accept that with a robot all you can go on is the surface, and you have to extrapolate a model of what’s happening beneath that, then the question is: isn’t that what we do with other humans? And if that’s what we do with other humans, then what does it mean to “truly know” someone? That their behaviour consistently matches your model of who they are? More terrifyingly, can we ever really fall in love with someone, or only with our idea of them?

Gleeson is a solid, likeable guy, very intelligent but not necessarily that smart. Gentle-voiced Vikander is great as Ava. Vikandar is a trained ballerina, and uses that training to perform the robot’s over-graceful movements. Issac is amazing as the boss, all muscles and beard and workouts and craft beer, the monstrous ultimate ‘bro-grammer’… a modern Dr Moreau with his panther lady. 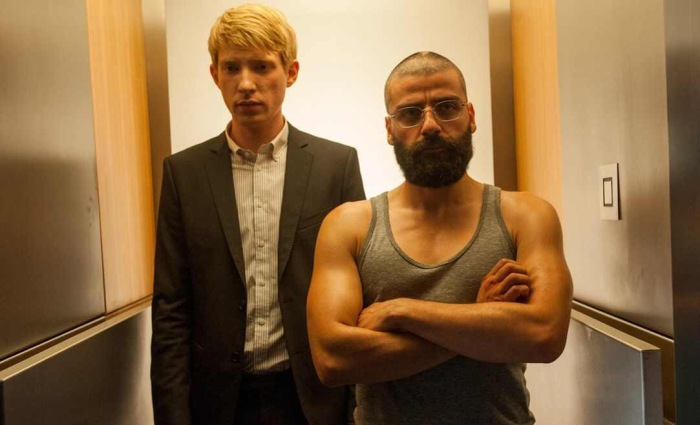 This movie was excellent. Plus it has the best dance scene for a long long time, which is creepy, disturbing, hilarious, unexpected and strangely haunting. Just like the whole movie, in fact. A.